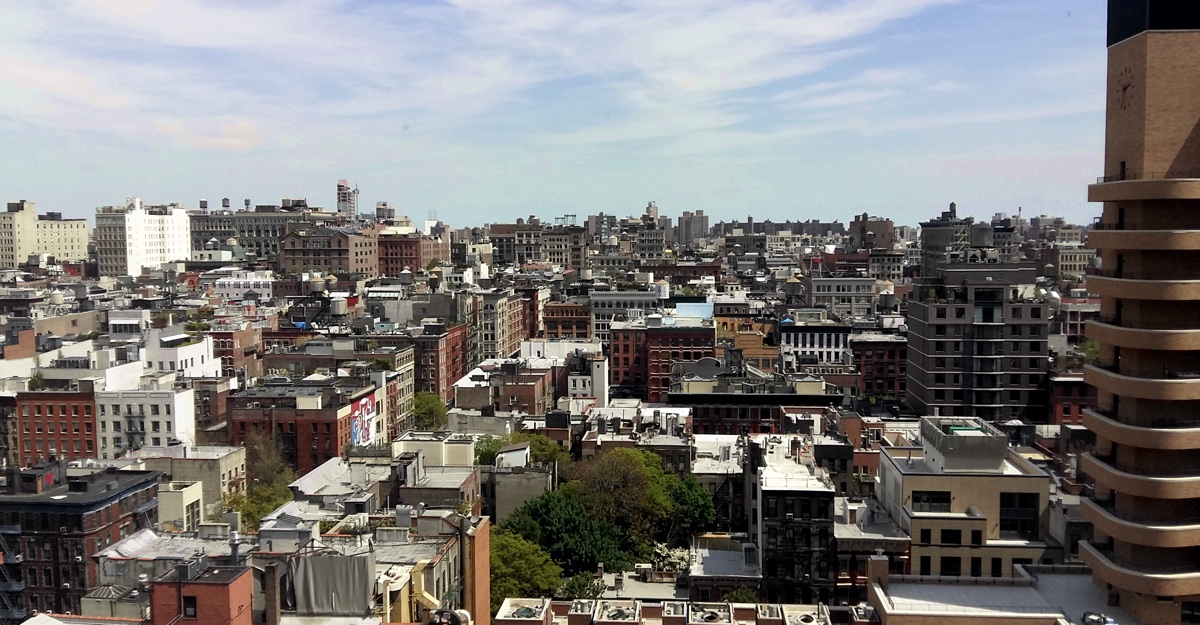 The view of SoHo from the ProPublica office on 6th Ave.

I was fortunate to take part in the Data Journalism Unconference hosted by Global Editors Network in New York this week. Attendees had the option of visiting two newsrooms for a “study tour” of their data teams.

I chose the New York Times and ProPublica, two publications I admire. Here’s what I took away from 1.5 hours in each.

When you treat designers and programmers with the same respect as reporters, magic happens

There’s a wall at the New York Times honouring journalists who won the Pulitzer Prize. For most of the 20th century, it was dominated by single reporters, mostly men. In the 80s you start seeing some women, and in the 90s, a few multiple faces.

In the last 5 years, they have been mostly teams. And this is a big change, Sarah Cohen, who runs the data journalism team at the Times, said. For most of its history, the Times didn’t treat photographers, designers, and developers with the same regard as reporters. Now that it does, you see the kind of innovative projects that can only come from multidisciplinary teams working tightly together.

At ProPublica, this is the default setting: everyone in the news apps team is considered a journalist. Everyone is encouraged to approach a project from a storyteller’s perspective. Sisi Wei, a news app developer, could just as easily call herself a news app reporter if she wanted to.

Scott Klein, who directs ProPublica’s news apps team, is unequivocal about this: it’s far better to teach a journalist to program than instil a programmer with editorial judgment and storytelling chops.

He would know: most of the news apps mavens in his team, including himself, came from liberal arts backgrounds (Scott himself studied religious English poetry).

At the Times, most folks in the interactive news desk come from technical, compu-sci backgrounds. With one notable exception: Chase Davis, who leads that team, is a journalist-turned-coder.

It’s better, whenever possible, to let the story you want to tell define the tools and techniques you need to learn

I asked Sisi Wei this question: how do you manage the balance between doing your jobs and learning the tools and techniques that are always changing?

Her answer: she first decides the story she wants to tell. She sketches out the look and interactivity of the final project. Then she researches the tools that will make it happen.

Of course, this is a luxury of shops that have the time and development/design resources to do everything custom, but it’s a reminder that the story always comes first.

Talking to three journalists at the Times, I got the sense that they believe their work and work processes could be much better. Even if other publications can only dream of doing the work they do, Times folks hold themselves up to an insanely high standard.

This reminded me of the leaked Innovation Report, an internal document that concluded a similar sentiment: if the Times wants to compete with agile, young, digital upstarts, it must do a better job of creating engaging content and grooming good digital leaders.

This was oddly reassuring, that the people I look up to have some of the same anxieties as me. Or this shows why the Times is the Times: it’s constantly trying to one-up itself, and therefore always improving.

When you’re on your 6th draft, you’re just getting started

This according to Sarah Cohen, who learned this from her time at the Washington Post.

You can plan to use all your data, but don’t expect to

Sometimes, data you spend weeks preparing for designers to visualize goes unused, Sarah Cohen said. Think of it as quotes from an interview. Only a few ones get into the story. Same with data. It’s the cost of doing business.

As for offering the data for others to use, few readers do. An exception is if the if the data took months to compile and clean, and it has value to businesses and academia. Then you can charge for it. ProPublica makes some respectable income selling value-added data.